The Heating, Refrigeration and Air Conditioning Institute (HRAI) of Canada is calling on the federal and provincial governments to invest in a home and building retrofit program as a way of reducing energy costs for individual homeowners and stimulating economic investment and employment growth post-COVID-19. The national trade organization, which represents more than 1,150 members, maintains that concern about indoor air quality is of paramount importance because Ontarians want safe indoor environments. “We have been pretty aggressive with government at all levels — municipal, provincial, federal — in trying to get their attention in that this is a part of the marketplace and that if you are serious about looking to solve these issues, this is a place you’ve got to start,” says HRAI president and CEO Sandy MacLeod. “We’ve been pushing government pretty hard and part of our effort at this point is just trying to get their attention.” HRAI maintains the timing is right for such a program because there is a need to address the cost of energy, to reduce carbon emissions and to get people across the province back to work with good-paying jobs. The built environment presently contributes 17 per cent of total greenhouse gas (GHG) emissions annually. Across Canada, that amounts to 111 million tonnes of GHGs per year. The organization’s members want the province to act decisively and, where necessary, in concert with the federal government and take the recovery opportunity to support legacy improvements in homes and workplaces that reduce energy costs, increase energy efficiency and reduce GHG emissions. “In a world affected by COVID-19, there is new interest from Ontarians and from people across the globe in healthy and safe indoor environments as well as in simultaneously deploying new technologies to combat GHGs throughout the built environment,” the HRAI said in a pre-budget submission to the province. The industry has the technology and know-how to create and maintain healthy, sustainable conditions through proper treatment of air to ensure businesses can remain functional, the HRAI states, and it has the expertise to drive down energy costs and reduce emissions, with targeted support from government. MacLeod says the HRAI hasn’t put a specific dollar figure on the ask, but he notes that investing in a home and building retrofit program would help governments achieve lower carbon emissions and boost the recovery. “We don’t go out and say you should do $1 billion or $2 billion. But we say, ‘ This is a sector that can help you.’ Twenty per cent of carbon emissions in this country are related to heating and cooling and our sector has the technology and the know-how to create and maintain these types of systems.” MacLeod says the HRAI has found it’s better to work with government on developing a program and the dollar figure will evolve with it. The HRAI states that a home and building retrofit program will benefit businesses, improve air quality for employees, and drive investment in small and mediumsized businesses as well as create local jobs. It will also provide opportunities for youth and women who might have lost jobs in other sectors of the economy. MacLeod says the federal government indicated in its earlier Throne Speech that it intends to put money into the marketplace to tackle the issue but the initiatives have lacked details and, while it is great to make funds available, it’s often left up to individual provinces to put the actual programs together. “What we’re trying to do just now is get this on the radar at all levels,” he explains. “We’re also trying to let the government know that we can help them build out these programs so that when they are launched they’re done so in a thoughtful way, and that the incentives actually make sense.” There have been instances, for example, where an incentive was placed on an expensive product and it wasn’t enough to make up the price difference over a cheaper alternative. “That’s a pretty tough sell for the contractor, whether it’s commercial or residential, to say to the person that’s going to pay the bill, ‘Hey, look there’s a government incentive in place and you should take advantage of it,’ and then find out the math is a 40-year payback,” he says. “That doesn’t make any sense.” HRAI is asking the province to support making investments that will help overcome the up-front barriers. On the legislative front, HRAI is also pushing for Ontario align its building code with the federal one to improve productivity and reduce costs, and also eliminate heating contractor licensing at the municipal level as it is redundant to the existing system of provincial licensing under the Technical Standards and Safety Authority. MacLeod says it’s important to have harmonized standards across the provinces and also with the U.S. because American consumers drive the market and it makes no sense for a province in Canada to be out of synch. If a province wants a furnace that’s 98 per cent efficient and the rest of the world wants one that’s 96-per-cent efficient, the supply won’t be available because manufacturers won’t make them just for one province, he says. “Now you’ve got a standard that says 98 per cent and you can’t supply the product.” 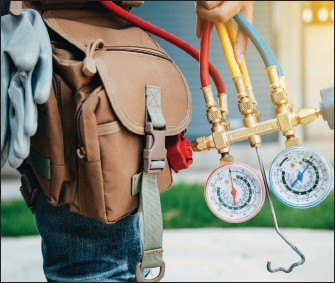